The Town of Berlin’s election Tuesday, such as it was, did end up being a squeaker in the only contest on the ballot, as 4th District incumbent Dean Burrell edged out challenger Tony Weeg by a mere two votes. Burrell, who has run uncontested numerous times, took 51.3 percent of the total tally to gain… Read more »

Of all the times to have a problem with vote totals, what with some states creating election integrity units in response to imaginary troubles their own elections officials have repeatedly refuted, the Ocean Pines Association’s discovery of a huge vote total disparity in its last election is more than unfortunate. It’s distressing because any number… Read more »

Voters in the 4th District will be called upon Tuesday to decide whether incumbent Dean Burrell or challenger Tony Weeg should represent them on the Town Council. To be sure, community activist Weeg has a ton of energy and a solid resume and his presence on the council would add some electricity to the discussions…. Read more » 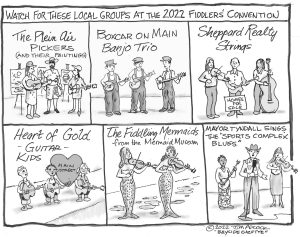 One question we have been asked, as Berlin Council candidate Steve Green’s competitors in the newspaper business, is whether we think he has a conflict of interest as both a chronicler of and participant in local government and politics. The second question is whether we think it’s appropriate for him to serve. The short answers… Read more » 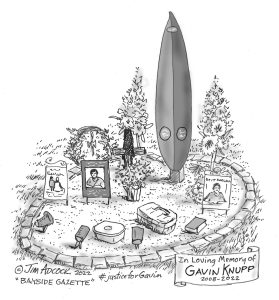 The wheels of justice grind slowly, but grind exceedingly fine, the Chinese general and philosopher Sun Tsu is said to have observed more than 2,500 years ago. What he and many others who have employed that proverb over the ages have meant by that is justice is rarely immediate, but it is inevitable. To put… Read more »

The legal question notwithstanding, the Ocean Pines Association Board of Directors’ decision to punish former director Tom Janasek for his outburst at the Yacht Club in May was something it had to do. When one member of the association accosts another in a community-owned facility and unleashes an unrelenting verbal assault on that individual, the… Read more »